Get your hands off my... data! Employer's request for biometric data deemed unlawful 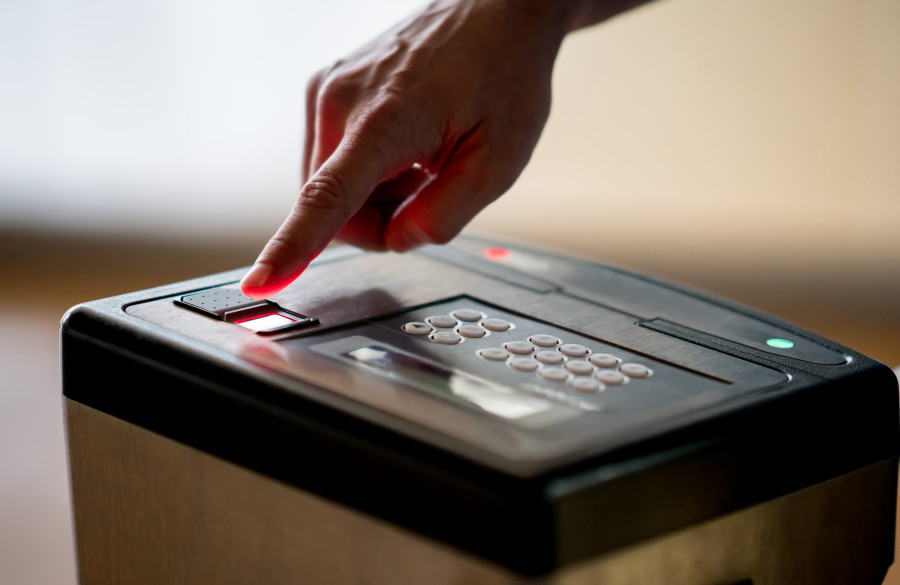 Is it lawful and reasonable for your employer to ask you for your fingerprint? And if you don’t want to give it to them, can they dismiss you?

As with many directions to employees, what’s considered reasonable or not depends. However, if compliance with a request for your fingerprint leads to a breach of privacy legislation, it’s likely that you can tell your employee (politely, of course) to keep their hands off your biometric data, without losing your job.

The reasonableness of an employer’s direction may also be impacted by the consequences to the employee of responding to the direction. Relevantly, a direction may be unreasonable or unlawful if it requires the employee to provide personal information in circumstances that would constitute a breach of privacy (or other) legislation.

A right to refuse?

In February, we discussed whether employees have a right to remain silent, in circumstances where an employer directs an employee to answer specific questions. A recent decision handed down by the Full Bench of the Fair Work Commission has provided some additional guidance on what is a lawful and reasonable employer direction (HRM initially wrote about the decision here). The decision arose in circumstances where the relevant employee refused to consent to the collection of and provide the requested information to his employer. The information was his fingerprint.

In the first instance, the employee refused to use biometric scanners. The scanners were introduced for registering employee attendance and tracking shift times. The question before the Commission was whether this constituted a failure to follow a lawful and reasonable direction, justifying dismissal. On appeal, the Full Bench called into question the lawfulness and reasonableness of the employer’s direction.

Dismissed for no fingerprints

The employee (Lee) was employed by Superior Wood, which operates two sawmills in Queensland. At first instance (see Lee v Superior Wood Pty Ltd [2018] FWC 4762), it was held that the dismissal of Lee, who repeatedly refused to use biometric scanners that were introduced for registering attendance and tracking shift times at his worksite, was not unfair.

In refusing to use the biometric scanners, Lee raised concerns with Superior Wood about using the scanner, including that he believed that using the scanner could result in his fingerprint being used by “unknown individuals and groups, indefinitely“. Despite extensive discussions between Lee and Superior Wood, the issue could not be resolved. At question was whether the method of collection of Lee’s fingerprint was in breach of the Privacy Act 1988 (Cth).

In assessing whether Superior Wood’s direction was reasonable, it was observed that the relevant policy requiring Lee to consent to having his fingerprint collected may not have complied with the Privacy Act (because Superior Wood did not issue collection notices before introducing the biometric scanners, or have a suitable privacy policy in place, among other things).

Sensitive but not unlawful

Lee appealed the first instance decision (see Lee v Superior Wood Pty Ltd [2019] FWCFB 2946). In the appeal, the Full Bench of the Fair Work Commission found that the direction given to Lee to consent to the solicitation and collection of his biometric datawas unlawful because it was inconsistent with the Privacy Act — Lee was entitled to refuse to follow the direction because it was unlawful and unreasonable. The Full Bench also determined that the introduction of the scanners was not reasonably necessary for Superior Wood’s functions or activities.

Accordingly, there was no valid reason for Lee’s dismissal. The Full Bench determined that Superior Wood’s dismissal of Lee was unjust, and that he had been unfairly dismissed. Lee’s remedy, if any, will be determined by the Commission at a later time.

The Full Bench decision is a reminder to employers that directions to employees must be lawful and reasonable. If not, dismissal of an employee for failing to follow an unlawful or unreasonable direction will likely be unfair. A direction will also be unlawful if its fulfilment violates a law or an employee’s legal right.

Before issuing a direction to an employee, employers should consider whether the direction is within the scope of the employment, having regard to the business and employee’s usual duties.

However, even if a direction falls within the scope of the employer’s business and employee’s duties, it will still be unreasonable if it is unlawful. In an increasingly digital world, employers should be careful in collecting and storing their employees’ sensitive information.

This article is part of a regular employment law column series for HRM Online by Workplace Relations & Safety Partner Aaron Goonrey and Lawyer Isabel Hewitt. It was first published in HRM Online on 31 May 2019. The HRM Online version of this article is available here.