It's official: all permanent employees are entitled to 10 working days of paid sick leave - for now 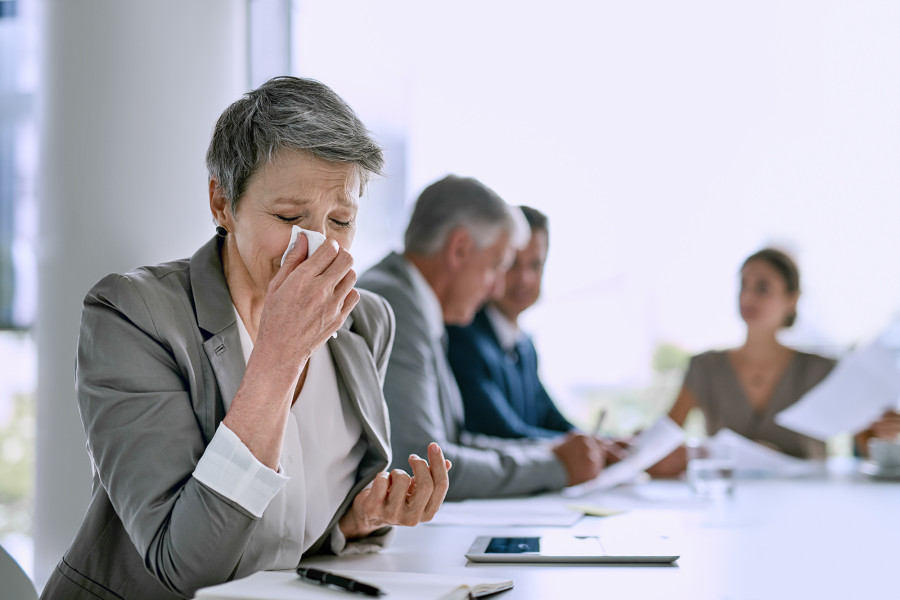 The Fair Work Ombudsman has released advice that all permanent employees are entitled to 10 days of paid personal/carer's leave for each year of employment.

This is a major departure from calculating sick leave entitlements (personal/carer's leave) in hours, which is the approach currently taken by most employers and employees.

This is likely to cause differences in payments to and between employees, particularly part-time employees and shift workers or those with non-standard work patterns. Employers may need to rectify underpayments and alter their current systems. It may also require employers to review budgeting and workforce planning.

Having said this, the Ombudsman's advice is based on Mondelez v AMWU [2019] FCAFC 138 (Mondelez), however this ruling may not stand. The Commonwealth Government has now announced it will support the applicant (Mondelez) in seeking special leave to appeal the decision to the High Court of Australia. If leave is granted, the case may be overturned. The Government may also seek to amend the Fair Work Act 2009 (Cth) to prevent the operation of the decision – but in the meantime it remains the current law employers must comply with.

The Ombudsman has also updated its Fair Work Information Statement, which employers are required to provide to all new employees on commencement.

Mondelez initiated this case and sought a declaration from the Court that entitlements to personal/carer's leave under its enterprise agreement were more beneficial than under the Fair Work Act.[1]

The Australian Manufacturing Workers' Union (AMWU) argued this was wrong and that shift workers should accrue ten shifts of 12 hours of paid personal/carer’s leave per year in order to meet the minimum NES entitlement of 10 days' paid personal/carer's leave.

Mondelez argued that the entitlement to “10 days of paid personal/carer’s leave” in the relevant section of the NES must be understood according to the “industrial meaning” of the word “day”. That meaning was said to be a “notional day”. In other words: average weekly ordinary hours divided by five (for an ordinary working week).

For example, an employee who works 36 ordinary hours per week, regardless of when they work the hours, works an average of 7.2 hours per day in a five-day week. The “notional day” is 7.2 hours and the employee is entitled to 10 such days, or 72 hours, of paid personal/carer’s leave for each year of service. If the employee takes a day of leave, they are paid 7.2 hours’ wages, and 7.2 hours is deducted from their accrued leave balance.

The AMWU and the shift workers' argument

The AMWU and the shift workers argued that “day” in the relevant section of the NES has its ordinary meaning of a “calendar day”, which is “a 24-hour period”. They argued that the relevant section entitles each employee to be absent from work without loss of pay on ten calendar days per year when ill or caring for a member of their immediate family or household. They argued that an entitlement to be paid for a “day” is an entitlement to be paid for the hours that would have been worked by the employee on that day were it not for their illness or responsibility as a carer.

The Court did not accept either party's interpretation of the word "day". It preferred the concept of a working day. The Court found that in the relevant section of the Fair Work Act, “day” is used in the specific context of an authorised absence from work.

The Court held that in that context, the natural and ordinary meaning of "day" is not a 24-hour period, but the portion of a 24-hour period that would otherwise be allotted to working, which the Court called this a "working day". It concluded that the natural and ordinary meaning of “10 days of paid personal/carer’s leave” under the relevant section means absence from work for ten such “working days”.

The Court reasoned that personal/carer's leave is a form of income protection – it provides income when an employee is absent from work due to illness, injury or the need to care for a member of their immediate family or household. Therefore, the Court held that the section should protect against loss of earnings for a "working day".

The Court confirmed that:

The effect of the Court's finding is that an employee can access up to ten working days of personal/carer's leave for each year of service, regardless of the number of ordinary hours the employee ordinarily works on those days or their pattern of work.

For example, employees working three shifts of 12 hours per week should accrue entitlements to 10 working days per year and be paid the equivalent of an ordinary shift on days they are absent from work due to illness or caring responsibilities.

Consider auditing personal leave accruals and deductions for at least the last six years. Accruing, paying and deducting leave based on an employee's ordinary hours (e.g. 7.6 hours), irrespective of the employee's shift length (which might be 12 hours) or part-time employment (which might be 8 hours per week), is inconsistent with the Mondelez decision and the Ombudsman's update.

The Mondelez decision is complex and raises several legal and practical questions about accruing and deducting leave. Employers should consider seeking further advice on the impact of the decision, especially if you employ part-time employees or shift workers.

1 The Mondelez decision considered the entitlement to personal/carer's leave under the National Employment Standards (NES) in the Fair Work Act 2009(Cth) (Fair Work Act). Section 96(1) provides that, “for each year of service with his or her employer, an employee is entitled to 10 days of paid personal/carer’s leave”.