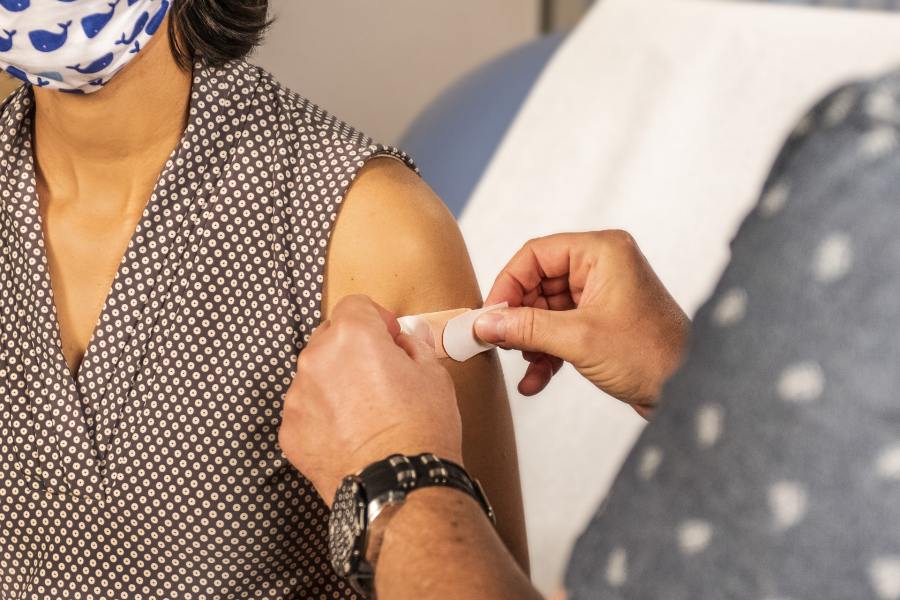 The Supreme Court of New South Wales recently published a decision that found the NSW public health orders mandating COVID-19 vaccination for some workers were not unlawful.

Significance of the Kassam decision

Kassam represents the first major legal decision in Australia in relation to mandatory COVID-19 vaccination requirements for workers. However, there are also current challenges in:

Although the health orders in those states are different, it is likely that Kassam will provide a guide for courts in other jurisdictions.

For example, in Kassam, His Honour accepted that the health orders had an “encouraging effect or even a coercive effect” but ultimately, found they did not authorise vaccination without the person’s consent.6 This will likely be of particular interest in Victoria, where it is alleged that the public health directions are incompatible with human rights under the Charter of Human Rights and Responsibilities Act 2006 (Vic), which provides that a person must not be subjected to medical treatment without their full consent.

Even following the staunch decision delivered by His Honour in Kassam there can be no doubt that with hundreds of plaintiffs still currently before Australian courts and tribunals, and millions of others affected by the public health orders in place across the country, the issue of COVID-19 vaccinations will continue to dominate the employment law landscape in the coming weeks and months.

The decision concerns two legal challenges to the health orders by multiple plaintiffs including, among others, aged care workers, a paramedic, a high school special education teacher and a construction worker (Plaintiffs). There are multiple defendants, including the Minister for Health and Medical Research (who issued the health orders), the Chief Health Officer, the state of New South Wales and the Commonwealth (Defendants).

The plaintiffs are all persons who have refused to be vaccinated against COVID-19 but are required to be vaccinated under the health orders in order to perform their work, either because of the sector they worked in or because they resided in one of the identified local government areas of concern.

The plaintiffs alleged that the health orders are invalid on the following grounds:

His Honour stated that the court is not required to determine the merits of the exercise of power by the Minister or the effectiveness of the COVID-19 vaccines. Those matters are for the decision-maker (that is, the Minister). Instead, the court's function is to determine the legal validity of the orders, which includes considering whether no Minister acting reasonably could have considered the health orders necessary to deal with the risk to public health and its possible consequences.

In response to the reliance by the plaintiffs on the dissenting judgement of Deputy President Dean in Jennifer Kimber v Sapphire Coast Community Aged Care [2021] FWCFB 6015, his Honour also noted that the function of determining the validity of the health order is for the court to discharge and the function of determining whether it should have been made is for the political process.7

One of the main grounds of challenge concerned the effect of the health orders on the rights and freedoms, especially in respect of the bodily integrity of persons choosing not to be vaccinated. However, his Honour noted that Australia does not have a bill of rights and found that the health orders did not interfere with such freedoms. Instead, the health orders curtailed the freedom of movement including their movement to and from work, which "are the very types of restrictions that the PH Act clearly authorises".8

Although his Honour briefly considered privacy obligations arising under the Privacy Act 1988 (Cth), AIR Act and Health Records and Information Privacy Act 2002 (NSW), this was not a major focus of the decision and did not go much beyond stating that employers collecting the information would be acting consistently with the function or activity of their organisation to provide a safe premises for their workforces and the public.

His Honour confirmed that there was no duty to afford procedural fairness, and that any production of vaccination information to an employer does not vitiate consent.

The Minister did not give evidence directly, despite being the relevant decision-maker. His Honour accepted that a significant amount of any evidence the Minister might be expected to give would likely reveal information for which a public interest immunity claim has been upheld and cannot be waived and drew no negative inferences from the Minister's absence.

After reviewing the powers conferred by the PH Act and making findings in respect of the Minister's decision-making processes, his Honour rejected all of the asserted grounds of invalidity and dismissed the proceedings.

We will continue to provide updates on this issue as new information comes to light. The specific public health directions have not yet been issued by the Victorian Government, however, the relevant press release is available here.