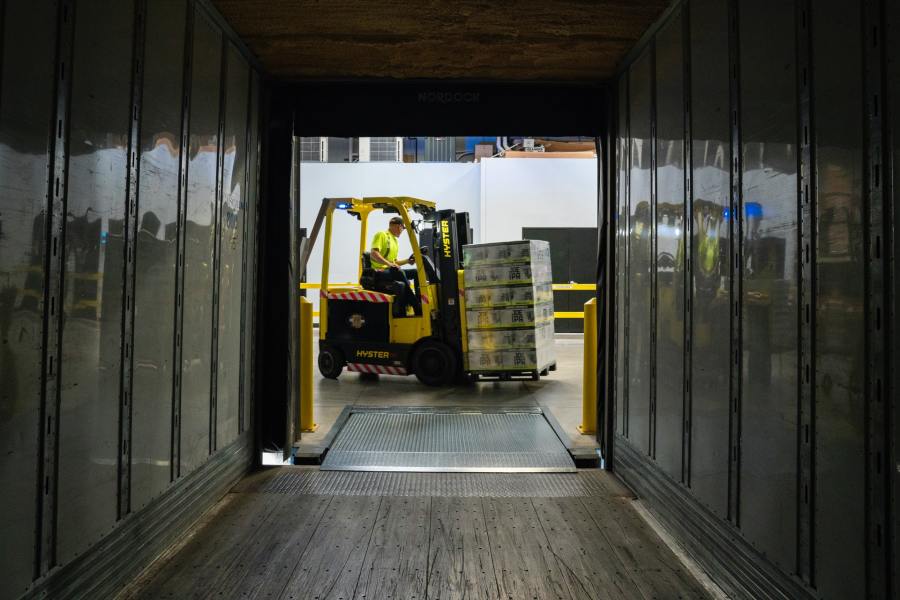 In a recent case in the County Court, a company and its elderly director received significant fines after being prosecuted in relation to an incident that resulted in a fatality. The company pleaded guilty to a single count of failing to maintain a safe workplace in contravention of section 26 of the Occupational Health and Safety Act 2004 (Vic) (OHS Act), whilst its director, Emil Lagondar, pleaded guilty to contravening section 144 of the OHS Act for failing to take reasonable care to ensure that the company did not contravene the Act.

Lagondar Nominees sold the factory and as a condition of sale of the property, it was required to decommission and remove all fixtures below the roof truss line of the factory. A former maintenance worker of Frontier, Roger Dalta, offered to assist Mr Emil Lagondar to undertake the decommissioning work prior to the completion of the sale.

As part of the decommissioning work, on 15 April 2019, Mr Emil Lagondar and Mr Dalta considered how they would cut steel beams running across the ceiling of the factory. They decided to use a steel stillage (akin to a storage cage), which had a wooden pallet as a base. The plan was for Mr Emil Lagondar to raise Mr Dalta in the stillage using a forklift so that Mr Dalta could cut the steel beams.

In its investigation, WorkSafe observed that it would have been reasonably practicable to use elevated work platforms for this work, and there were two such scissor lifts available on site at the time. Unfortunately, neither Mr Emil Lagondar nor Mr Dalta knew how to operate them.

In sentencing the company and Mr Emil Lagondar, Judge Trapnell rejected a submission that general deterrence should be moderated given Mr Emil Lagondar's age, stating that:

"You were a director of the company and you should have been aware of your responsibilities under the OHSA. If you felt you could no longer perform your duties as a director, you should have handed the reins to some else.

"In my opinion a strong message needs to be sent to company directors whose companies place employees and others in highly dangerous situations, such as was here, that they must do their utmost to ensure the safety of those persons. If they do not meet their obligations in this regard, then they should know that they will be met with strong punishment."2

The prosecution again highlights the likelihood of officer prosecution where the officer is directly involved in the company's failure to discharge its duty.

In convicting and imposing fines on Mr Emil Lagondar and Lagondar Nominees of $125,000 and $250,000 respectively, Judge Trapnell noted that:

"...this is not a case where a company director in some far away boardroom is being held vicariously or accessorily liable for the misdeeds of the company he directs. Rather, you were immediately present and intimately involved, both physically and mentally, in the company's serious failure."3

The incident that led to this prosecution is factually very similar to the case of Anderton (VWA) v Jackson, albeit in that case, Jackson pleaded guilty to reckless endangerment and was sentenced to a term of imprisonment.

County Court considers the breadth of the meaning of "conduct of an undertaking" - residential facilities beware!

A recent prosecution in the County Court has examined the breadth of the meaning of the term "conduct of an undertaking".

St Vincent's Care Service (SVCS) operates an aged car facility in Werribee. An 88-year old resident, William Keating, left the facility for a walk at 8.30am on 10 March 2018.

Mr Keating was eventually discovered at 11am lying in an excavation approximately 100 metres from the entrance to the aged care facility. Mr Keating was not seen when the car park was originally searched because the excavation he was lying in was 450mm deep. Mr Keating had received serious injuries in the fall.

The excavation was undertaken as part of roadworks near the aged care facility. There were gaps in security fencing erected to protect the excavation, which allowed Mr Keating to fall in. Kane Constructions, principal contractor for the construction project where the excavation works were located, later separately pleaded guilty to failing to maintain the boundary fence.

SVCS was charged with contravening section 23 of the OHS Act. The Director of Public Prosecutions alleged that as an employer, SVCS had failed to ensure, so far as is reasonably practicable, that persons other than employees were not exposed to risks to their health and safety arising from the conduct of its undertaking.

It was alleged that SVCS failed to have an appropriate procedure to monitor residents leaving the facility unsupervised, and that it was reasonably practicable for SVCS to have a sign in/sign out register to record the name of the resident and their expected return time.

SVCS pleaded not guilty to the charge and proceeded with a judge-alone trial before his Honour, Judge O'Connell.

The SVCS defence was threefold. Firstly, it disputed that the risk in question arose out of SVCS' undertaking (Argument 1). Secondly, SVCS disputed that the sign-out book would reduce or eliminate such a risk to the health and safety of the residents (Argument 2). Lastly, SVCS disputed whether the provision of a sign in/out book was a reasonably practicable measure, noting that the procedure would only provide minimal protection and infringe the residents' freedoms and privacy (Argument 3).

SVCS' case asserted that the risk alleged in this prosecution was the risk of residents leaving the facility. The defence submitted that this was not conduct within the scope of SVCS' undertaking, and that the risk to residents leaving the facility was created by matters external to SVCS' undertaking or its conduct. SVCS submitted that the danger posed by the excavation and the lack of fencing were matters completely outside of its undertaking, and that was where the real risk to Mr Keating lay.

I do not accept that it is appropriate to afford the term ‘undertaking’ a narrow meaning. The legislation has generally been interpreted expansively, or alternatively, protectively. ‘Undertaking’ is a broad term, wider in scope than the term ‘workplace’. The care of a resident of the accused’s facility in my view does not stop when they walk out the door. I agree with the prosecution contention that part of the accused’s undertaking involved knowing the whereabouts of the residents under its care. For example, in an emergency residents need to be accounted for."4

Argument 2: Sign-out book would reduce or eliminate risks to resident health and safety

In his closing submissions, counsel for SVCS argued that a sign in/sign out book was neither an effective measure, nor was it reasonably practicable. Counsel argued that requiring a resident to record where they were going, how long they planned to be gone for and the reaction time of staff to late returns, were all highly variable factors.

Counsel submitted that if the sign in/sign out policy were not enforced, it would be no more of an effective measure than was already in place at the time of the incident. Counsel relied upon the evidence of Mr Keating's daughter, who gave evidence that she would sign her father out when she took him out in the car, but not when they went out for walks.

Lastly, His Honour found that implementing such a procedure was reasonably practicable despite the fact that the prosecution did not lead expert evidence or evidence of industry practice, noting:

"However, I am not at all satisfied that it constitutes a fatal gap in the prosecution case. Much of what is contended here comes down to common sense and the practicalities of monitoring residents in case they get into difficulty. On the evidence adduced at trial there is more than sufficient evidence to identify the risk and the means by which it might be addressed."

Judge O'Connell also rejected the submission that the sign in/sign out procedure would infringe the privacy of residents, noting that recording a sensitive destination "could be provided in a form that is unlikely to attract embarrassment or some other form of unwelcome attention."5

His Honour found all elements of the offences proven beyond reasonable doubt and found SVCS guilty of contravening section 23 of the OHS Act. SVCS will be sentenced at a later date.

The case reinforces the view that the OHS Act is beneficial legislation that will always be afforded the broadest interpretation by the courts.

Read next: Workplace safety in Victoria: On-the-spot fines and other recent legislative changes.