Defamation matters can be complex.

Below, we answer some of the most frequently asked questions when it comes to defamation. 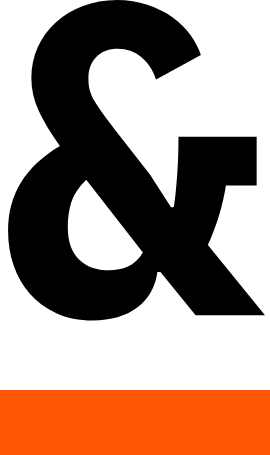 What is classed as a publication?

For the purposes of defamation law, anything conveyed to a third party can amount to a "publication". Defamatory material must be published and communicated either in writing, orally or in pictures. A publication in a defamation matter must be communicated to at least one other person. The publication can occur via social media (Twitter, Facebook, Instagram etc), group text messages, emails, electronic newsletters, pamphlets, posters, books or newspapers, or broadcast on radio, podcasts or television, or even spoken to an individual or group of people.

Is there a time limit when suing for defamation?

Convincing a court to provide an extension, however, can be difficult. Therefore, it's important to act without delay in seeking legal advice concerning defamatory publications.

I've received a concerns notice, what should I do?

Defamation law in Australia is complex, and the answer will vary. Sometimes it may be appropriate to respond by serving an offer to make amends. If this is appropriate, a strict 28-day time limit applies. This time limit means seeking legal advice quickly is essential. Defamation lawyers provide advice about the publication and can talk through the right option for you.

Our defamation chat can help. One of the questions is regarding concerns notices. Answering yes to this question will allow you to upload any documents and a lawyer will contact you to discuss options.

What are verbal defamatory statements?

A verbal defamatory statement is what used to be known as slander. There is no legal difference between libel (written defamation) and slander (spoken / non-recorded defamation) in modern law.

Pursuing a claim in respect of oral publications can be difficult. The party claiming to have been defamed must set out the precise wording of what was said about them and to whom it was said. Knowing only the substance or gist of what was said is generally insufficient to enable a defamation claim to be drafted. Until you can confirm the exact words spoken, it can be difficult to determine the merits of the claim.
If a transcript or recording of the allegedly defamatory material is available, that is ideal. If not, obtaining evidence of the precise wording can prove time-consuming and challenging.

What if the statement was partially true?

A defence is available if the meaning carried by the publication is proved to be true or substantially true. The defamatory matter must be true in both substance and fact. Since a defamation claim focuses on the meanings or "imputations" conveyed, rather than the strict written or spoken words, the defence may fail if certain imputations cannot be proven true.

A person sends an email saying that one of their colleagues was convicted of a crime. The meaning conveyed to the reader is, the individual is a criminal. If the email fails to mention, for example, that the conviction was overturned on appeal, the defamatory meanings carried by the publication may no longer be substantially true and its author may be liable for defamation.

What's the defence of qualified privilege?

A defence of qualified privilege may apply if the content was published or distributed to a limited audience of people who required the information. For the defence to apply, the defendant must show the recipients had a legal, social, or moral interest in receiving information about the subject matter of the of the publication. Examples may include:

Qualified privilege has several variants. For a defence of statutory qualified privilege to apply, the defendant must also show their conduct in publishing the matter was reasonable in all the circumstances. A court may look to the following factors, amongst others, in determining reasonableness:

The defence of qualified privilege will fail if the person making the claim can prove that the person acted with malice in publishing the defamatory matter — for example, if the they knew the matter was untrue and published it anyway.

What are the elements of a defamation claim?

To pursue a claim of defamation, the plaintiff must prove each of the following elements:

1. Publication The "matter complained of" (ie the allegedly defamatory words) must have been published or conveyed to one or more people other than the plaintiff. For online content, "publication" occurs when the material is downloaded and read by someone in Australia.

2. Identification The publication or communication must refer or relate to the plaintiff. Often this will be easy to establish because the plaintiff is referred to by name. If the plaintiff is not named, it can be sufficient to prove that they are identifiable to those who know them or know particular additional information about them. For example, a comment referring to "the CEO of [company]" will be sufficient to identify the person holding that position, even if they are not named in the publication.

4. Serious harm For publications that occurred after 1 July 2021, the plaintiff must also show that the defamatory publication has caused, or is likely to cause, serious harm to their reputation.

If each of the above four elements is established, the plaintiff will be entitled to sue for defamation. However, whether or not their claim will succeed will generally depend on whether the author or publisher of the defamatory material can show that any relevant defences applied. Common defences include truth (also known as justification), honest opinion (also known as fair comment), qualified privilege and fair report of proceedings of public concern.